Nothing waits for you but the last.

I’m a time keeper, never late and always on the dot in fear of it being my last; my last opportunity to show up, my last few months before turning 30, my last chance to meet that guy, to have that family, or to get that dream job. I’m always chasing out of fear, but can the last be something to not fear?

I have deep vivid dreams and in the past few nights I dreamt of the death of someone I love so much, my brother, whom I know I will never be in contact with again. I once had a similar dream about my mother and both times I’ve felt the desperation of the loss of the last. In these dreams I never got the last goodbye and the feeling is like being stuck in a buried coffin not able to move, not being able to go back. There is no true way to describe it. It’s a tragic thought, but the deeper moral of it is so beautiful. Why do we want that last moment with someone?

After the dream about my mom and after two years of not speaking, I decided to send her an email. In my email I wrote to her about my dream and asked for her to not die. The next day I was told she was on life support. I feel things differently from most, much deeper than intuition, and that dream told me something was wrong. When I got to the hospital no one was with her and her breathing stopped. If I hadn’t shown up in that hour, she would have died. She told me she felt like she had; she felt her last. I’m so blessed that today my mom is alive and although she’s physically fragile and our relationship is not easy to say the least, I’ve been able to have more of a last then what I had dreamt and there is so much love.

Last week, was a very rough week. I was first told I had to put my dog down whom is the love of my small blessed life. I have yet to do it and she’s okay right now. Then the day after I had the dream about my brother, I got a call and was told my Chinese grandmother had died. I was raised by my Mexican grandfather, mom, and german grandmother in a tiny home built by my grandfather’s bare hands in the accidental eventual hood. It wasn’t until later in life and growing pains that I found sincere love for my Chinese grandmother, Lai. Lai is my middle name and I always called her my Grandma Gong. I cried when I heard the news, and then felt nothing. I couldn’t feel anything, not even the heat of the sun. I went about my day, insecurely posted things on my instagram story for attention and thought that I should feel guilty for feeling nothing, but I couldn’t. Nothing was nothing. I wasn’t too far in distance from her when she was dying and no one told me. I could have driven to say goodbye, to have that last. The only last I remember was her saying “Bye Melanie” on the phone the day after Easter when she had called me because I didn’t. I’m angry at the last moments I had with her because she cared so deeply about the last moments she had with me.

Last night, I panicked. I was fine and then out of nowhere, I was in the bathtub and couldn’t breath. My last grandmother is still alive and I couldn’t remember what was the last moment I had with her, so I called her and as we talked, I realized she was the last of my generation and my children and the good family I hope to build will probably never get to meet her. I talked to her until my water went cold.

She always says this prayer to me,

The last thing I always remember about everyone I’ve ever loved, is how they say my name. I can close my eyes and hear them and feel them as if they are in the room and in my heart. Every bad memory or moment goes a way when I hear a voice say my name. I can hear my Grandma Gong say it. Her first language was Chinese, so she said my name like “Ma-nee.” I can hear my grandpa, my mom, my brother, a man I once loved, my dad, my friends, and even blink-of-the-eye momentary soulmates I’ve met on my unexpected journeys. It’s how I remember people; how they say my name. I tear up as I write this, because I think about everything that’s truly important to me and it’s not a whole lot besides the last.

The last is what lives. The last is everything that meant anything at all. Without the last of something, there wouldn’t be a story or a moral or an end; and that’s what The Last Gen is. Lately people have asked me what I’m really doing with TLG, and it’s to remember the last so that the future does too. It’s pretty simple, but it’s everything. Remember everything, that’s the whole point.

A recording of my German Grandmother, Maria saying her prayer

For my Grandma Gong

She was just a girl with a big heart, just like me, and got old. I wish I had known her better. I keep trying to imagine her as a girl in China, but I can’t see it. I wonder what she dreamt of and I’m sad I never asked. If I were to hold onto any last moments, it would be in her kitchen feeding me, she always wanted to feed me her Chinese red bean baos with red dots on top. I didn’t have a childhood, but for whatever reason, those baos always made me feel like a child. I hope whatever was her last idea of heaven was, is where she is beginning her new journey. I feel so much more for than nothing now, and there just aren’t words for it.

Moral of the Story for TLG

What lasts would mean everything to you?

The last time I knew the last was coming for my grandpa, I followed him around the house and took photos of him when he wasn’t looking. A week later he was sent to an old age home and those moments were the last time he was in the home he built with his own hands and loved so much. Before he died, there were at least twelve family members in the room viciously arguing. It was terrible and it wasn’t until everyone stopped and were at peace for one moment, that he took is last breath. 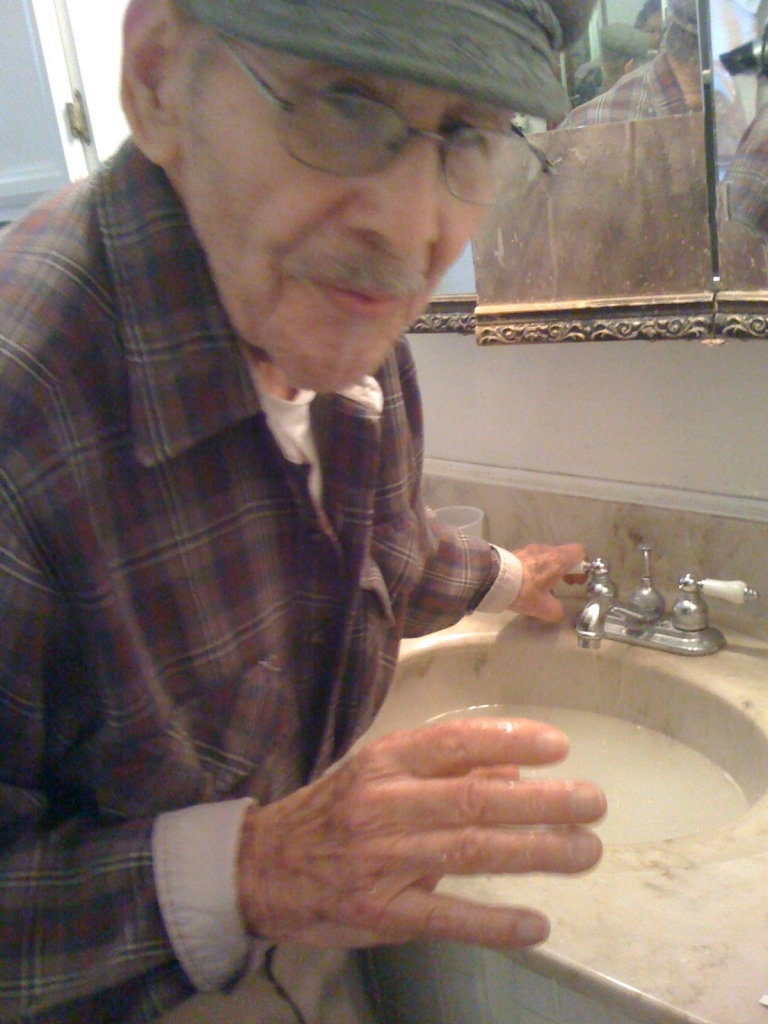 I held his hand when he died and felt him go. Within that very second my phone rang and it was my brother, he knew, I just heard him cry. That moment was the last moment for both of us. My grandpa is what kept us together and it was the last time those twelve people would ever be in a room together; at least for me it was. This is what his hand looked like. It was soft, so soft, but faint. 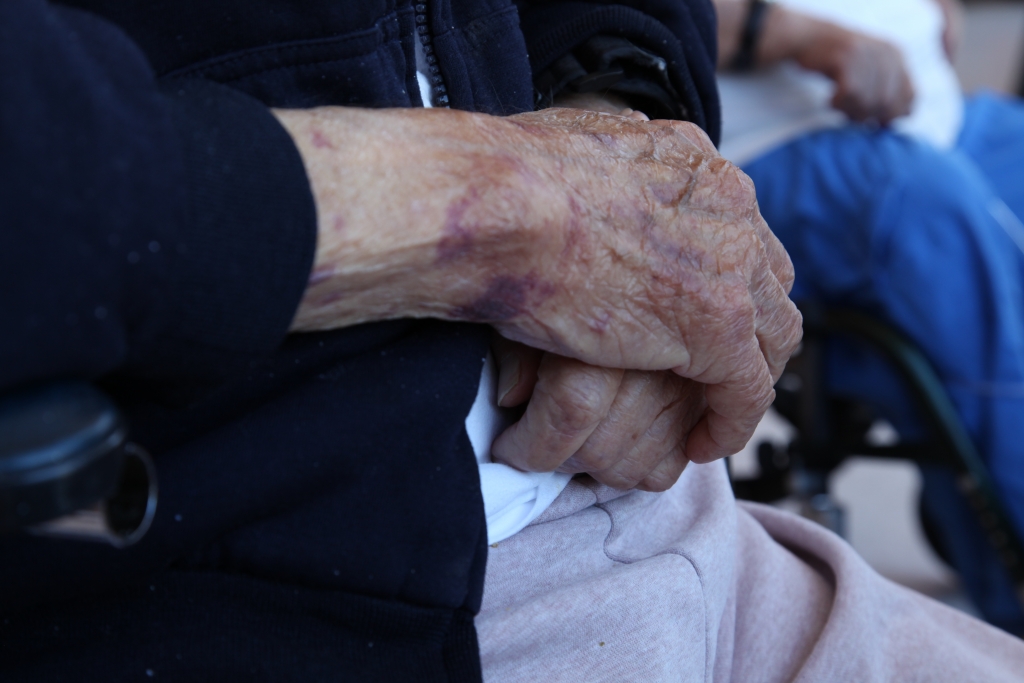 My mom sent me this today, German Grandmother saying my name.

Written by Mel Blanchard Gong from The Last Gen