Sober Summer (two weeks in)
2/5
Cravings of having a drink
5/5
Support from friends about being sober
2/5
Mental Clarity
4.5/5
Skin Clarity
5/5
Body Change
5/5
Social Activities outside of drinking
2/5
Likelihood I'll drink after summer (when I'm ready)
5/5
Overrall
3.8/5

Fact: The Fat Jewish is a FAT MAN no basic bitch would ever fuck, yet he managed to slap a label on shitty pink wine and sell it to skinny white girls who identify with the word BASIC.

If you are lucky enough to have control over every aspect of your life, then how is it possible to lose complete control of it? I lost all control of my life. I don’t think I’ve ever been fully in control of it due to my own disorder, but it’s a strange inevitable event that when we reach high peaks, landslides are more likely to occur.

I kept saying “I’m happier than I’ve ever been, despite still having to get my shit together.” I still believe it, but like taking a pill, drinking a little bit of alcohol (which is a depressant) a few times a week will bring you down; it’s BASIC science. From constant dating to trying to just be a normal twenty-something in LA, I went from drinking once a month a year and a half ago to drinking 3 or 4 times a week in the past eight months.

From huge milestones to tragedy, it’s ingrained in us to go have a drink. In the media, the act of drinking a cocktail whilst girl talk is seen as glamorous, but is it glamorous? Alcohol ages you, makes you fat, gives you a sugar face, changes the way you think, empties your bank account, and can disrupt relationships. Most of my girl friends will have a drink before going out on a drink date to loosen up. I’m guilty of it!

White Girl Rose, a cheap pink wine a FAT MAN, who couldn’t get laid and made a funny instagram account about being a loser (yes he makes me laugh too), suddenly brought craze to the market of female wine drinkers. If you drink White Girl Rose, then you fit in with a basic bitch subculture of woman who likes hot guys, girl talk, floral dresses, and selfies. Rose is sugar and carbs. 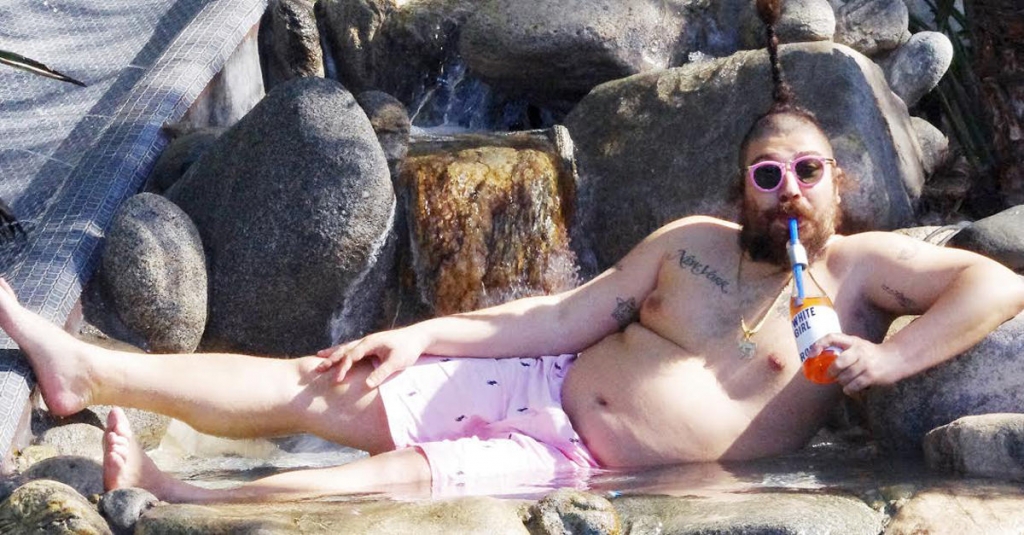 An on going theme: The joke is on us. Genius Branding. 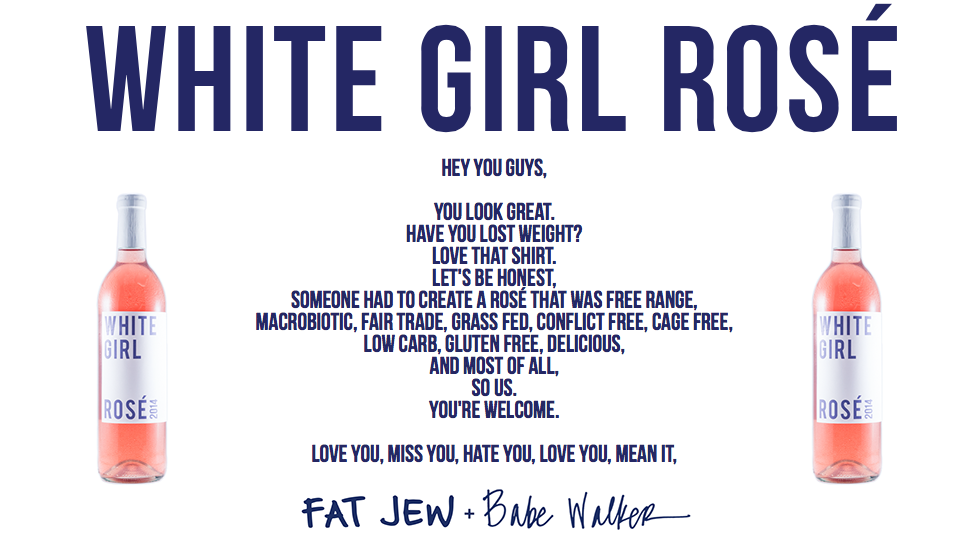 Every time I meet a man that doesn’t drink it’s because he is ‘in recovery.’ Maybe I’m in ‘recovery,’ we all are every time we sober up. But a man recovering from addiction usually comes with a list of other addiction issues and quite frankly it’s just unattractive to me. Drinking is about balance and I’ve identified the issue before it took me. I’ve been blacked out drunk once in three years and rarely get drunk, I just want to own my mind and body completely; to be my ultimate self.

Two weeks ago, after a series of crazy girl drunk texts to one of the most fascinating people I’ve ever met, I broke down – completely inconsolable the next day as if someone had died. It wasn’t that I just embarrassed myself and said stupid crazy girl shit, it’s that I lost control. The woman this person saw me as did die. I let my insecurities and alcohol take control, which is a bad excuse. Although drinking is not my biggest battle, it doesn’t help with fighting all my other ones.

If something isn’t working, change it.

I told my friends I thought I had an alcohol problem and was going to be sober for the summer and unfortunately they all didn’t seem to take it serious and even offered me a drink right after. They suggested my drinking habits are normal and drunk texts are just called ‘having fun‘ and that I shouldn’t take myself serious.

I do take myself serious. I am not basic and I want to be my ultimate self.

Who is your ultimate self?

Update Review: After being 30 Days Sober

The Last Generation has an anthem. It’s this. If you’ve made it
Do you know what happens in 100 days? Your life happens. And
Do you know how many amendments there are? Okay fine, just name
“When Mr. and Mrs. Dursley woke up on the dull gray Tuesday
Have a pancake butt, but prefer soufflé? Justin’s Peanut Butter Packs are for you.
Travel 🚀UP↑