“When Mr. and Mrs. Dursley woke up on the dull gray Tuesday our story starts, there was nothing about the cloudy sky outside to suggest that strange and mysterious things would soon be happening all over the country.” -⚡️⚡️⚡️

We all forgot about this opening didn’t we? The one where everyone was wearing cloaks and owls were hunting in daylight. No one ever talks about how they axed the gray opening out of the movie, but the truth is, the Muggle world knew from the very start magic was real.

Did you feel it?

Did you keep eye on a spider’s web to see if it was broken?

Did cats meow at the sun the same time your inner werewolf howled at the moon?

Did you look at your bank account ‘total’ and squint, then had to look away?👀

Double double toil and trouble. As fall embarks (summer is NOT over) upon us, we existed in both Totality and Mercury in Retrograde in Virgo. Ancient spiritual astrologer’s theorists would tell you this was a phenomenon. It was the first time Totality had ever been recorded simultaneously within a retrograde.

What does it all mean?

A pseudo astrology intellectual would tell you, Mercury is the planet closest to the sun. It speeds past earth three times a year and if you look hard enough, it will appear to be moving backward during that time. Mercury is the communication planet. Who deemed Mercury the winged messenger? Some ancient cave man, duh! Mercury rules the sign Virgo, which means it affects the intense sexual demons that walk our American streets. Who unlocked this discovery? The devil! Duh! So when crazy moon sun Totality hit earth, all Virgos turned into white walkers and immaculate conception occurred. Expect forest children babies nine months from now. (If you don’t get it, then you don’t GOT it.)

TLG asked 21 regular boring ‘ol people if they experienced any abnormal shade after the eclipse: 6 out of 21 texted Yes

TLG asked the same 21 regular boring ‘ol people if they experienced any form of miscommunication or technology gone haywire since the start of Mercury in Retrograde: 6 out of 21 texted Yes

But! But! Shady shit happened to you! If you believe nothing is impossible, then you’re among the thinkers of Einstein, Tolkien, Edison, Da Vinci, Steve Jobs, Tony Soprano, and some other dead men.

My Totality in Retrograde Virgo Story 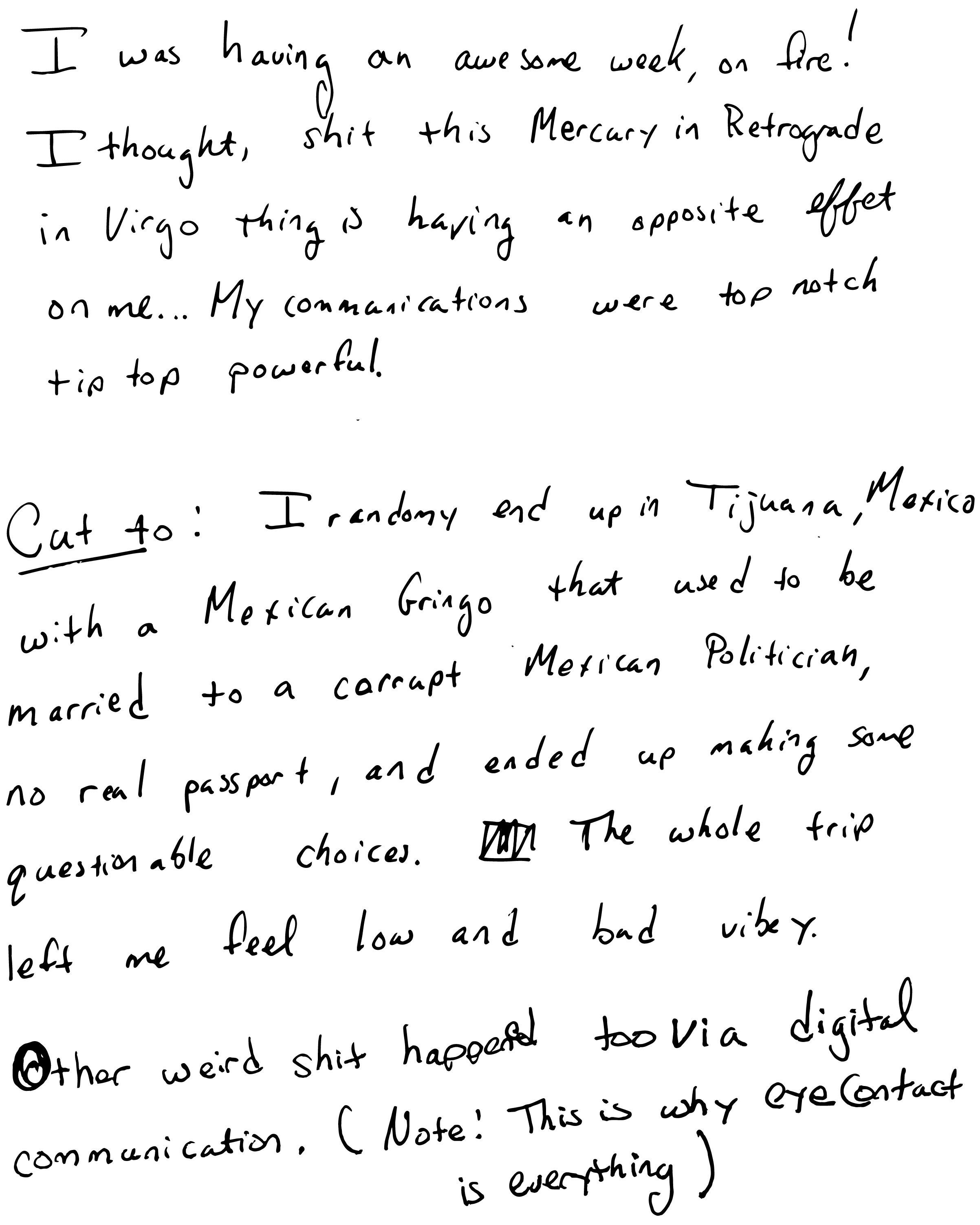 The GOT finale left the nation in memes that will have to last two years because we’re going to have to wait until 2019 to make the www explode again. We’re all praying North Korea doesn’t nuke us by then and if they do, hopefully The Wall isn’t too tall to climb over. Only people born in 1988, Chinese Zodiac Dragons, will be able to fly over. I’m a dragon, and I won’t let you get on my back… Sorry, not sorry. As I watched GOT alone in my underwear eating Justin’s Peanut Butter and drinking Passionfruit La Croix, these were the tweets that made me pee a little.

Whatever Tuesday! In honor of da SHADE. Get weird.

• if you don’t know who the opening quote is from, then we can’t be friends. Unfriend me now… like you give A.F.

• if you remember watching the Olsen Twins, then you definitely are part of The Last Generation. You can watch the entire Double Double Toil and Trouble movie here! Fo free! OMG!👻

• Summer isn’t over until September 21st, and the next person that says it is, is going to turn into 💩 Abra kadabra!

The Last Generation has an anthem. It’s this. If you’ve made it
Do you know what happens in 100 days? Your life happens. And
Do you know how many amendments there are? Okay fine, just name
Have a pancake butt, but prefer soufflé? Justin’s Peanut Butter Packs are for you.
When you can go to a bar alone, sober, and feel more
Travel 🚀UP↑