Do you know how many amendments there are?

You can’t? Can you at least name 5 pumpkin products you can buy at Trader Joe’s right now?

With all the gun rants and pray for Hurricane status updates that do NOTHING at all, The Last Gen has decided to take your mind off of the bullshit everyone pretends to care about but will never act upon. What do people care about? PUMPKINS!

Note to men, always have a pumpkin spice candle ready to light to set the mood (year around), it will increase your chances of getting laid. 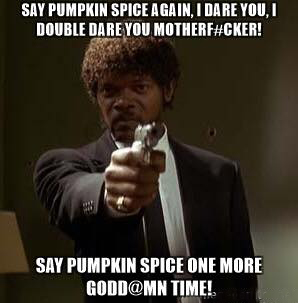 Trader Joe’s has really out done themselves this year, but still has not yet fully hit it’s pumpkin mark. Take it from the Pumpkin Queen, I started the pumpkin movement. Confession, I used to be a pumpkin kleptomaniac. Every time I saw a pumpkin I had to steal it. Oh the rush of stealing a giant orange squash. I once ended up with 32 pumpkins in my apartment and had a pumpkin party and made bread from raw pumpkin, baked pumpkin with pumpkin spices, pumpkin spiced pumpkin seeds, and steak marinated in homemade pumpkin sauce.

True story: A man once fell in love with me over my pumpkin bread. I make the world’s greatest pumpkin bread and three years ago I delivered my bread and homemade cold pressed iced pumpkin coffee to my best friend’s office and a guy ate it and he ended up falling in love with me then breaking my heart sometime later. I haven’t made pumpkin bread since because it is THAT DANGEROUS and I cannot bare to get my heart broken again. This story is 100% true.

Whilst on my pumpkin break, Trader Joe’s has tried to keep up with me. Three years ago they started with pumpkin spices, pumpkin coffee, and pumpkin pancakes. Now they have:

THERE ARE 58 PUMPKIN PRODUCTS AT TRADER JOE’S THIS YEAR!

AND I’M SO DISAPPOINTED!

Yes they have immensely improved their pumpkin selection since 2014 and sure your pancake ass basic bitch wets her panties every time she fills her cart, but what about pumpkin as food… like, it’s a squash and it’s fucking delicious.

Look, what a dream job it would be to be a food taster and curator for Trader Joe’s, but whoever their pumpkin person is, they’re simply not doing their job all that well. They’re too basic. Sure pumpkin spice this and gluten free that is needed, but what about REAL PUMPKIN FOOD?! 58 pumpkin products and not one warm food pumpkin dish.

Why is NO ONE RANTING ABOUT THIS ON FACEBOOK?

An amendment is defined as a minor change to a document to make it better. The second amendment was written when semiotic automatic weapons were not available to buy at Walmart and way way before the dark web. About that terrible Vegas murder everyone is trying to analyze… Reporters are wasting their time. The thing is, the answer to his motive is simple. He was just like you… On the internet, the most dangerous place in the world, consuming information that made him weird, obsessive, and it poisoned his brain. He appeared normal and nice, just like you… We all have bad thoughts and he consumed so much and obsessed about guns and one day decided to make his internet fantasies come true. That’s all. You already ready what terrible things are on the internet and yet you can’t look away. It’s pandora’s fuckin box and we’re all addicted to the bad shit. So while the New York Time’s repeats themselves about this guy’s personality traits that will honestly do nothing and while everyone reposts, people will get over it fast due to the overload of fake news and information. Unless you know what the U.S. Constitution really is and believe one person can actually make a difference, then either start reading or shut the fuck up and eat some god dam pumpkin. 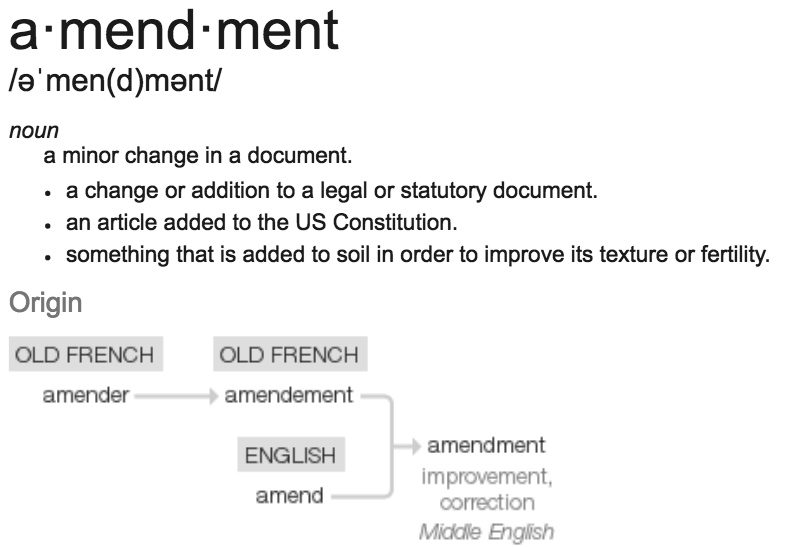 Personally, if guns aren’t going to go away, then I want one. Why not?

EAT OR BE EATEN.

Remember when you heard of a shooting and were shocked by it? Now with all the shit we read, it’s hard to be shocked and believe what is real and what is fake. VFX and gaming have desensitized us to the magnitude of war, bombs, and shootings. Imagine how future generations will feel about massacres. More people changed their profile photos to the French flag during the Paris shooting then the largest domestic attack ever in U.S. HISTORY. No one I know has even mentioned the shooting. NO ONE IS TALKING ANYMORE.

GO TALK TO SOMEONE! I RECOMMEND A TRADER JOE’S CLERK. They’re always fucking happy and they’ll let you sample anything.

• Trader Joe’s, I am available for hire to be a pumpkin curator for 2018. DREAM JOB! MANIFESTING NOW.

• Thank you Andy Phelps, for that gun pumpkin spice meme! Made me squeal.

•Thank you Krumdwag Millionaire for questioning TJ’s about pumpkin spice condoms! Like WTF, they should have them.

• Thanks KoKo for inspiring me to post about pumpkins rather than politics!

• You know it’s a successful pumpkin season when by Christmas you’ve put on the weight equilivant to one pumpkin.

• In midevil Britan, All Souls Day was November 2nd. The needy would beg for pastries known as soul cakes and in return they would pray for people’s dead relatives…. this was called fouling.

• Halloween is a 6 billion dollar industry every year.

• World Market & Home Depot have all their CHRISTMAS SHIT OUT ALREADY

Why read the news when I can read if for you! If anything important happens, I’ll let you know.. Until then, eat pumpkin & subscribe!

I put a spell on you! Magic Spell to get a Diamond Ring.

Ultimate Self. To become a Warrior, you must die first.

Tears of LaCroix – Aquire Some Taste in 100 Days.

Do you know what happens in 100 days? Your life happens. And that is everything. 100

“When Mr. and Mrs. Dursley woke up on the dull gray Tuesday our story starts, there

Have a pancake butt, but prefer soufflé? Justin’s Peanut Butter Packs are for you. Bigger butt 100% Guarantee.

The Art of Liquid Courage

When you can go to a bar alone, sober, and feel more comfortable with old people